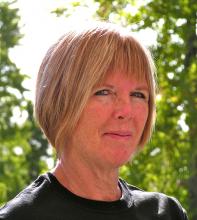 My first introduction to IA was from an article I read in one of the massage magazines back in the early 2000’s. It was written by Dale Alexander. I was intriguingly lead to sign up for one of the public workshops. I bought both of IA’s books and read them. Then took another workshop in 2009. As of 2014, I have engaged in a massage practice for 20 years. For the last few years I have been asking Source, my Higher Self or the Universe for the “next step” to deepen my work. And from a physical aspect something that will lighten my load. I had developed tendonitis in both my elbows. I knew it was time for me to make a move. I explored becoming a coach in the neuropositivity field. I liked what I learned but it still did not resonate with my Heart felt calling.

Then I remembered IA and decided to approach Lansing with my own physical issues and at the same time investigate if I wanted to apprentice with IA. The pieces came together beautifully. My elbows are healed, I just finished the first 10 days of my IA apprenticeship. I feel fulfilled I am moving in the right direction towards awakening my Consciousness in this physical form. And I am in service to the Whole which is very satisfying.

END_OF_DOCUMENT_TOKEN_TO_BE_REPLACED

For those of you who have already experienced Integrated Awareness and would like to do so, we invite you to share your personal story.  Most of us find IA more challenging to explain than we do to recieve or explore.  What you wish to relate in your own words will help others approach the possiblity of their own discovery and healing.