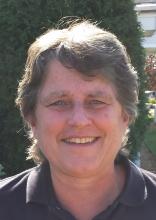 I went to see an IA Teacher, at the suggestion of a counselor - who said, I think now it is time for you to work with your body.  I think you will find the most healing by doing that and that you should try out this work called Integrated Awareness.  That’s about all I remember.  I was searching for answers to some things that I couldn’t quite formulate the questions for.  I had interest in energy work, but needed a sense of tangibility.  I was struggling with life and my place in it, and how to find a sense of balance that I longed for, seemed to know was there somewhere, but could not find.

I am told that on the first day I declared that I wanted to understand what energy was.  I do remember that I said that as a challenge as much as a question or a goal, because I had looked in a lot of territories, and just gotten more questions and little sense of an answer.   So, I started working with sessions every few weeks. There wasn’t much to it really, a little talking and then just being on a table with some very gentle contact - utterly non-invasive, pleasantly safe.   Not much concrete really happened - what happened was a sense of it really being ok to participate in this process.  Going back, this sense grew and accelerated.

And then one day, there was a remarkable moment when I had the sense that I could feel my legs - and the really remarkable part was realizing that I hadn’t been doing so before - ever that I could remember.  And then sometimes a session with a memory coming forward.   And in general, starting to feel a good sensation of coming into my skin.   Then I went through a rather difficult couple of years - dealing with my dad’s decay in aging and all the issues around that, and as soon as that had some completion, the spiraling downward of someone very close to me dealing with a return of the symptoms of chronic fatigue - both my dad and my partner struggling with living and not wanting to live and not wanting to die - and not finding a place for themselves here either.  And for me, I realized things were going in the other direction, and the stakes to continue were high.  The IA sensations brought me through a path that connected the dots of life and started to bring relief even in the midst of despair around me… and my experience started to distinguish me from that of others in my life.
In this there was a growing awareness of my body and of sensations that I had always wondered about but never had a place in day to day conversation – perspectives that had been totally unavailable before.  Like that some of those sensations were feelings.  And behind those feelings were emotions. Oh, so that’s what that is…  Like sensing the shell of my body, and then feeling inside my body - no words, no absolutes, but gentle shifts popping out with immense meaning and satisfaction.   My ‘what is energy question’ was really looking for an answer that would fit into a formula or a musical score… but here I was just sensing things - things obviously always there, but that I had not been aware of - and having this open in a way that needed no resistance or shielding or denial.
And that led to some sessions specifically focused around self-worth, and self-trust and from that came really major shifts in how I felt in my own body.  And those shift started to make me feel much better in my own skin, and to resolve how I felt in relation to the day to day world.
In CA, the variety of IA activities expanded - class work with words and with motion, a different demonstration of table work, and a sense of community. Coming back home - realizing that integration wasn’t about everything just changing or being different or particular demands - the change was from the inside, the integration was actively with all the pieces of life just as it is.
Back to CA again, finding that some of my deepest sensations were finding a place as part of day to day life, and integrating into my own culture and self.   One morning I woke up and I could feel the entire shell of my body as a cohesive distinct form - and knew I had never known the world from that sensation.  Other mornings, I have had clues to some of the questions I have always wanted to resolve, and there they are resolving and releasing.  And then some more work, and purposefully addressing the recognition of Self and Other.
This is becoming an eloquent dance that includes as much of what there is to be considered in life as I can sense belongs at the table, and as much as I could want to be able to reach with consciousness - and I have not found that sense of fullness from any other practice.  That said, feeling this, is bringing me to understand other ways of working with a new clarity and acceptance.

END_OF_DOCUMENT_TOKEN_TO_BE_REPLACED

For those of you who have already experienced Integrated Awareness and would like to do so, we invite you to share your personal story.  Most of us find IA more challenging to explain than we do to recieve or explore.  What you wish to relate in your own words will help others approach the possiblity of their own discovery and healing.